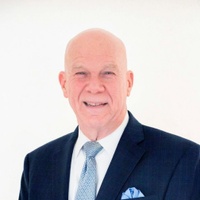 Rick Hellberg, ChFC, CLU founded PeterAlexander in 1991 to flee an environment where he felt pressured to sell products instead of designing solutions specific to his client’s unique needs. Rick and his team at PeterAlexander connect with their clients on a very deep level helping them plan for the future so they may leave a legacy behind for generations to come.

As a tax reduction specialist, Rick understands that Americans are free to choose to arrange their affairs in a manner that will result in the lowest amount of taxes legally possible. In the 70,000+ pages in our tax code there are landmines that will create totally unnecessary taxes to anyone not familiar with them. Likewise, that same code contains goldmines for those who know where to find them. After 40+ years working with successful individuals and companies, Rick knows where to find the goldmines and avoid the land mines.

Prior to starting PeterAlexander, Rick worked for over 15 years at CIGNA helping successful business owners and executives design the futures they envisioned. During his tenure, Rick went from positions in sales and management to Executive Vice President of the Corporate Financial Services Operation in Philadelphia, where he was responsible for creating client relationships with 9 of the 12 largest companies in Philadelphia.

Rick was born and raised in Chalfont, PA, in Bucks County. His grandfather, father and uncle built the largest carnation growing operation east of the Mississippi River. From them he learned his deep appreciation for the hard work of the men and women who start and build successful companies. After graduating from Central Bucks High School, he earned a Bachelor of Liberal Arts from Penn State. Rick resides in Philadelphia with his lovely wife, Lisa, and their two Shiloh Shepherds, Bentley and Winston. He is also the very proud father of two wonderful young men, Peter and Alex. In 2010, Rick ran for Congress in the 2nd District of Pennsylvania and has stayed active in rebuilding the Republican Party in Philadelphia.