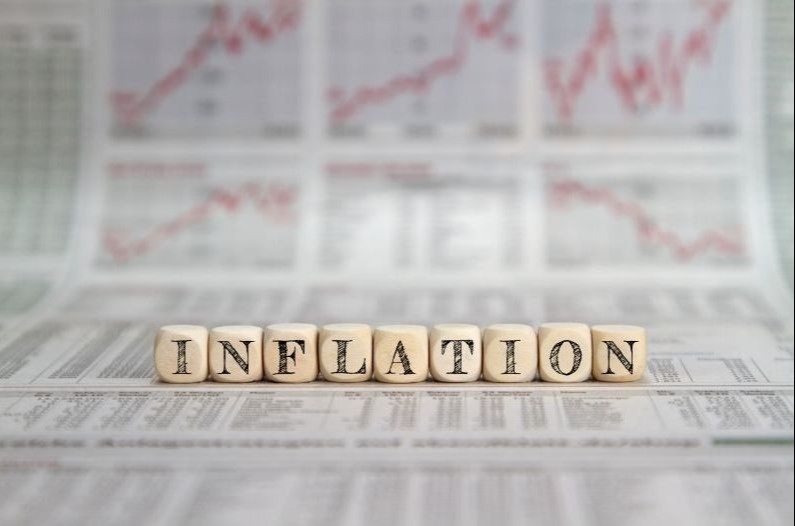 What’s Going on With Inflation? 3 Reasons Why It’s Here to Stay

Many will try to say that the dramatic rise of inflation is transitory, but in the same sentence they will say it’s projected to last until 2023! I guess it depends on your definition of “transitory,” but we at PeterAlexander believe that anything beyond a month or two is much too long and we should call it what it is—long term. By the end of October, prices were up by a staggering 6.2%; that’s three times the Fed’s target rate of 2%! (1) And there’s not much to suggest that it’s letting up any time soon.

That’s not to say that the future is bleak, but rather to temper expectations so that we can properly plan for the future and mitigate potential risk. We pride ourselves on being up-front and honest with our clients, and the conversation around inflation is no different. Here are 3 reasons why we believe inflation is here to stay.

One of the driving causes of inflation is the continued disruption to global supply chains. As manufacturers and distribution centers struggle to keep up with demand, it drives the prices of even the most basic goods higher and higher. So, what’s causing the supply chain disruption?

Many argue that it’s simply collateral damage from the COVID-19 pandemic and economic shutdown and that it should clear up in the near future. While the pandemic and subsequent shutdown certainly played a role, there is more to this story if you dig a little deeper. In fact, there is evidence to suggest there is a more permanent shift happening as supply chains become deglobalized. (2)

In the past, globalization has helped keep inflation in check by outsourcing manufacturing to countries with low currencies and low wages, which decreases the overall price of goods. Supply chains began to take their modern globalized form with the passage of the North American Free Trade Agreement (NAFTA) in 1994, and continued to grow when China joined the World Trade Organization in 2001.

This all changed when Trump became president. He recognized that globalization and free trade were actually hurting U.S. workers, and so he took steps to improve trade deals and bring jobs back to the U.S.

This is all to say that there is much more going on with the supply chains than just the pandemic disruptions. All the above-mentioned points have been years in the making, so it makes sense that the rise of inflation (driven by deglobalization) won’t just go away overnight.

When the COVID-19 pandemic first hit and millions of Americans were furloughed or laid off, drastic economic measures were taken to keep the country afloat. The U.S. government instituted expansionary monetary and fiscal policies in order to pump money back into the economy, increasing the money supply at a rapid rate. It jumped from $15.5 trillion in February 2020 to $18.8 trillion in October 2020, an increase of over $3 trillion dollars. (4)

This huge surge in supply has served to severely devalue the U.S. dollar, meaning it takes more dollars to buy the same item since each dollar is less valuable. This issue is further compounded by the current trade deficit, which hit $80.9 billion in September (an 11.2% increase). (5)

Because the U.S. buys (imports) more than it sells (exports), a devalued dollar relative to other countries’ currencies drives the cost of imported goods up even more. It’s tempting to write these issues off as fallout from the pandemic, but the trade deficit is not a new issue. In fact, the U.S. has seen a deficit every year since 1975. (6) This indicates that the rise of inflation is not a new issue either, it’s just been sped up and exacerbated by the lavish government spending in response to the pandemic.

Along with the devalued dollar that comes from excessive government spending, we are also experiencing labor shortages since people don’t want to return to work. When they receive unemployment benefits that outpace their normal paychecks, why would they return?

Unfortunately, these continued labor shortages are another factor driving inflation since many companies are finding that they have to pay higher wages in order to attract and retain employees. These increased costs often get passed through to the customer in the form of increased prices for goods and services.

The flip side of the labor shortage issue is the passage of the $15 federal minimum wage. (7) Many states are following suit with plans to increase their respective minimum wage thresholds. So even if companies weren’t paying more for labor because of the struggle to find workers, they would still be paying more due to increasing minimum wage. Again, these increased costs will be passed through to consumers, and it will be more than just a transitory change in prices since the minimum wage laws are permanent.

How Long Will Inflation Last?

It’s tough to say exactly how long inflation will last, but based on these three variables, it could be a couple years before we return to the target rate of 2%. The trend toward deglobalization is especially difficult to predict as many countries reconsider their trade dependency on China, though it appears to be an issue that will persist for the foreseeable future. Similarly, the depreciated dollar, labor shortages, and wage increases are factors that will continue to fuel inflation on more than just a transitory basis.

How We Can Help

As the holiday season approaches, it’s understandable to be concerned about inflation. Many of us are watching our purchasing power degrade right before our eyes and worrying about how it will affect our long-term goals. That’s why it’s so crucial to be realistic about how long inflation could impact your financial plan.

At PeterAlexander, we have the tools and expertise to guide you through a long-term inflationary environment. We will review your investment and retirement plans for proper diversification and risk tolerance levels, ensuring you are properly protected no matter how long this increased inflation lasts. Call us at 610.940.1441 or email info@peteralexanderinc.com to review your plan today.

Rick Hellberg is president and CEO of PeterAlexander, a financial planning firm founded in 1991. Rick is passionate about providing quality, objective financial solutions so his clients can pursue their financial goals and create the legacy they desire. He strives to equip his clients with comprehensive financial services and advice so they can be empowered to make sound financial decisions. The plans Rick and his team develop help their clients to reduce their taxes, educate their children, fund their retirements, pass their businesses on at fair value, and create programs to attract and retain valuable employees, all so that they can focus on what matters most to them. Rick has a Bachelor’s degree in Liberal Arts from Penn State, along with the Chartered Financial Consultant® (ChFC®) and Chartered Life Underwriter® (CLU®) certifications. He has spent over 40 years working with successful individuals and designs tailored solutions to meet his clients’ unique needs.

Rick resides in Philadelphia with his lovely wife, Lisa, and their two Shiloh Shepherds, Bentley and Winston. He is also the very proud father of two wonderful young men, Peter and Alex. In 2010, Rick ran for Congress in the 2nd District of Pennsylvania and has stayed active in local politics. To learn more about Rick, connect with him on LinkedIn.

Michael Diaz is a financial advisor at PeterAlexander with over 15 years of industry experience. Michael is passionate about helping people overcome financial challenges and avoid potential pitfalls so they can focus their time and energy on the most important things in their life. He spends his days working with successful business owners and families, implementing investment and tax reduction strategies to maximize their wealth. Michael’s goal is to help protect his clients’ financial security, putting them first and helping them navigate every stage in their financial journey. Michael earned his Bachelor of Science in Commerce and Engineering from Drexel University. When he’s not working, you can find Michael traveling, cheering on local sports teams, and exercising outdoors. Michael loves spending time with his wife, Abby, and their baby girl, Monroe. To learn more about Michael, connect with him on LinkedIn.